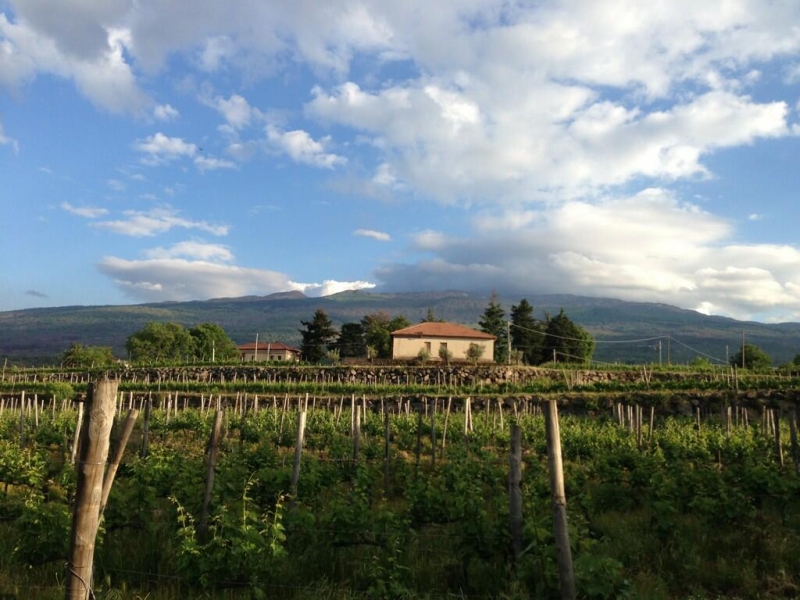 Calabretta’s vineyards are located nearly a half mile above sea level in the black volcanic soils of Etna’s north slope, between Randazzo and Castiglione di Sicilia. There, Calabretta farms roughly seven hectares of mostly 70- to 80-year-old vines-many of them ungrafted-on stepped terraces supported by stone walls. Since the winery’s founding in 1900, the Calabretta family has farmed and produced wines from Etna’s ancient indigenous varieties-including Nerello Mascalese and Nerello Cappuccio-in the mountain’s unique noble vineyards. Historically, the family had sold its wine in sfuso or in barrel to restaurants and to private customers, many of whom travelled long distances to pick up their wine. But in 1997, third- and fourth-generation father and son Massimo and Massimiliano Calabretta decided to bottle their best wine under their own label to ensure the winemaking traditions of their family and Etna would not be lost.