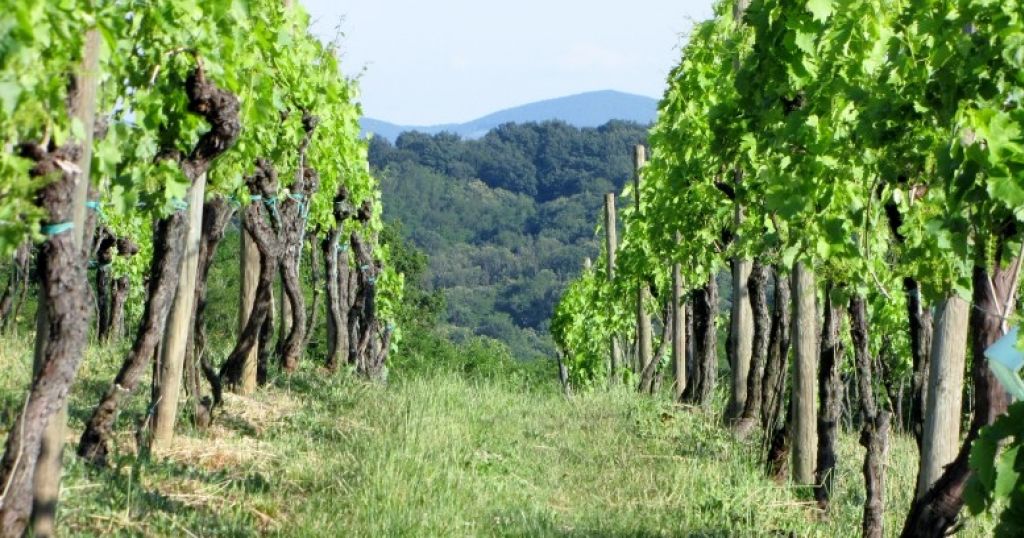 Brussels sprouts can be tough for wine pairings. They have a leafy-green character, and they can have a lightly bitter tinges, unless they are caramelized to perfection like in this recipe.

For a white, try a wine with a bit of bite. That is, try a wine that has been fermented on its skins. This often results in a deeper-colored white and some of them even take on an orange tinge. This wine style will provide some tannin to counter the bacon and packed-with-flavor goodness to stand up against the pasta’s. Ribolla Gialla from Friuli (also known as Rebula in next-door Slovenia) is a grape variety frequently made in this style. Opt for Ribolla Giallas that have been aged in barrels to match the pasta’s generous mouthfeel.

Similarly, reds with crisp tannins yet solid body will work well here. Nebbiolo is a good go-to grape. Rather than go to the more traditional wines of Piedmont, try some of its lesser-known areas that make similarly feisty wines with medium-plus rather than full body, like those from areas further south. These wines are often 100% Nebbiolo, but they occasionally have a dollop of the local Vespolina. As these wines are made in cooler regions, they occasionally have a hint of herbalness in them that works well with the Brussels sprouts.