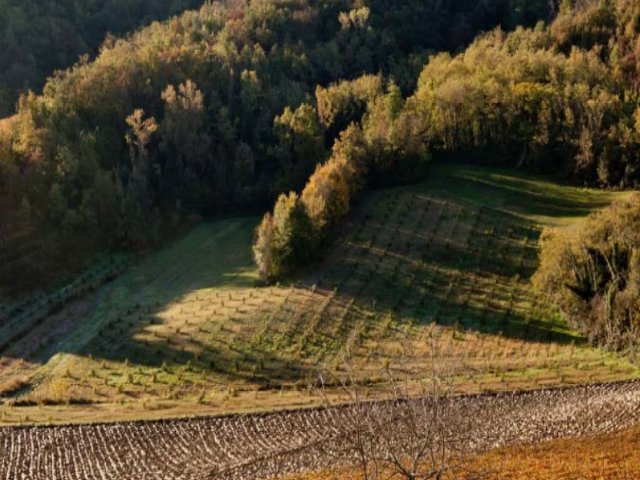 This is a perky pasta between the cherry tomatoes and goat cheese. There’s lots of bright flavors and mouth-watering refreshment between the two. As such, it is better to stick to whites and rosés, though some very delicate reds from cool climates could also work. Similarly, whites and rosés are best in the light to medium body categories. As is often the case with lighter pastas, stick to wines that don’t see any new oak.

The herbal tones of goat cheese work well with Verdicchio’s inherent leanness. Verdicchio has two regional denominaziones in Le Marche. One is Castelli di Jesi and the other is di Matellica. Little di Matellica is made, and as that style is a bit richer than Castelli di Jesi, located right on the Adriatic, that may be just as well. However, if you’d like to try one or if you prefer a wine with a touch more heft, options are available.

Sangiovese often has a tomato leaf character that gives it a green edge. This is particularly true for vines grown in the cooler Chianti Classico hills of northern Tuscany. Sangiovese’s red cherry flavors will meld well with the sweetness of the cherry tomatoes, too. Both of these wines are 100% Sangiovese, so they also provide a lean palate and nice acidic perk for the pasta’s most important ingredients.

Check out our recipe for Spaghetti con Pomodorini e Caprino.