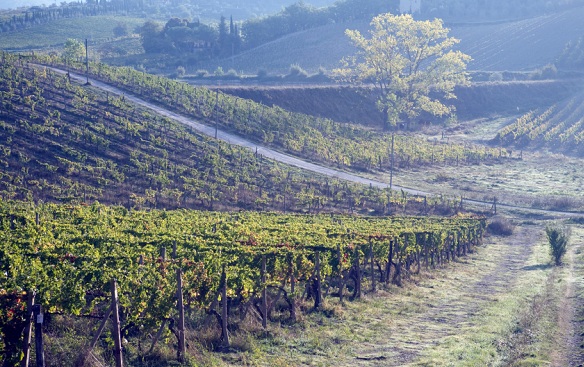 When I first read this recipe, I could not imagine this dish. Not at all. A day or two later, I really walked through it and thought about it and the vision took shape.

The catch is that strawberries are sweet. There’s not a lot of strawberry here though. It’s about a quarter cup or less per person. And, after all, tomatoes are a sweet fruit that go on all sorts of pastas and we never flinch at that.

Because it is finally, officially summer, I briefly considered rosatos. Strawberries, after all, are a flavor frequentlly found in rosatos. I think a powerful one would work – maybe an Aglianico rosato. However, a quirky and delicious white variety came to mind quickly: Pecorino. Despite the name association, this grape has nothing to do with cheese. It doesn’t even come from one of the regions where Pecorino is made. Pecorino the wine is rather savory yet abundantly aromatic on the nose with heather and floral notes that will blend well with the strawberries. Pecorino might take some work to find, but I’ve seen it in half a dozen NYC wine stores and on many wine lists in the last two months. It’s worth asking after. I particularly like Marramiero’s.

In the end, I really grasp this as a red wine dish because there are loads of savory elements balanced by a tinge of ripe strawberry sweetness.

A word about the strawberries.   If the strawberries in your area aren’t super ripe yet or if you’re using the hulky Driscoll strawberries that just aren’t ever as sweet as field strawberries, Sangiovese pops into mind immediately.  Another that pops into my mind, as well, is a nice Chianti Classico Riserva (you’ll need its bigger body versus a normale for this dish) and it should be pretty easy to find. If you’ve got a geeky wine store near-by, check for a big-ish Schioppettino (they can be pretty delicate). I am savoring the Bressan (2004, if you’re wondering) in my mind now!

If your strawberries are über-juicy, I’d go for a Cannonau (“Grenache” in the Sardinian dialect). Giuseppe Gabbas makes a riserva Cannonau called Dule that would be delizioso. Dettori, a serious “natural wine” winemaker, makes several Cannonau that would do the trick, too, and some of them get pretty ethereal. The Tenores is the bottling I’d pick up.

If you go with another selection and it works well, let us know!

Check out our recipe for  Spaghetti alle Fragole .