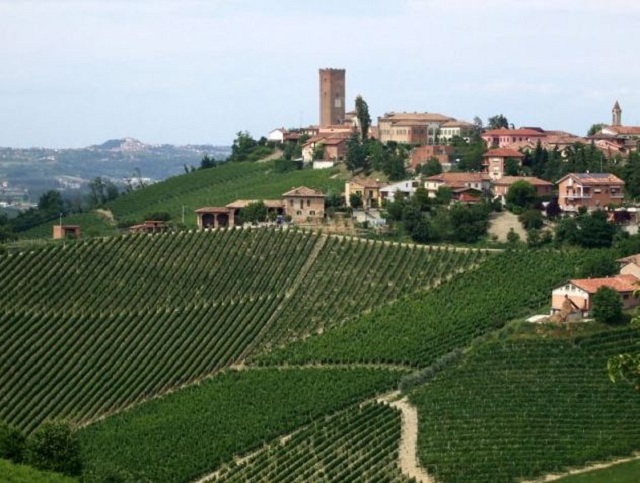 Just like pasta, some wine can be “bleeping” delicious, as Ed says. This time of year, I envy anyone heading to Italy’s northwestern region of Piemonte. It’s truffle season there, albeit white rather than black. Fresh truffles can’t be beat. And, nothing matches truffles – white or black – better than two of my favorite Italian wines, Barolo and Barbaresco.

Both of these majestic, age-worthy wines are made from the Nebbiolo grape. Most require bills with Grant’s portrait, and some require a Franklin or two…or more. If that’s too rich this time of season (after all, you have shelled out for the truffles already), ask your favorite stockiest for a wine simply labeled “Nebbiolo.” An Andy Jackson or two should do for those. If you are splurging all the way, here are a few fantastic wines to pair with your Spaghetti Chitarra alla Norcina.

The house of Gianfranco Bovio makes four different bottlings of Barolo: Arborina, Gattera, Rocchettevino and Bricco Parussi Riserva. The house style is pure, classic and mid-weight. The mission of this La Morra producer is to reflect specific vineyard sites, or crus.

Alessandro e Gian Natale Fantino, brothers based in Monforte d’Alba, make two Barolo – a normale and a riserva. (They no longer make a separate cuvée for the US market.) These Barolo also smack of purity and tradition, but there is generosity of fruit underneath the tugging tannins and firm backbone of acidity that makes them less austere than other traditionally-styled Barolo.

Two brothers now guide the wine-making at De Forville, and they make only two Barbaresco. One is their normale and the other is their single vineyard cru, Vigneto Loreto. Yet again, these are old-school wines, and those of De Forville are a bit more rugged. In these wines you’ll find more earthy undertones, which just might offer the best pairing possible for the truffles. By the way, there’s good, plain ‘ole Nebbiolo made here, too.

Check out our recipe for Spaghetti Chitarra alla Norcina as well as the Chef Profile on Gino Angelini.