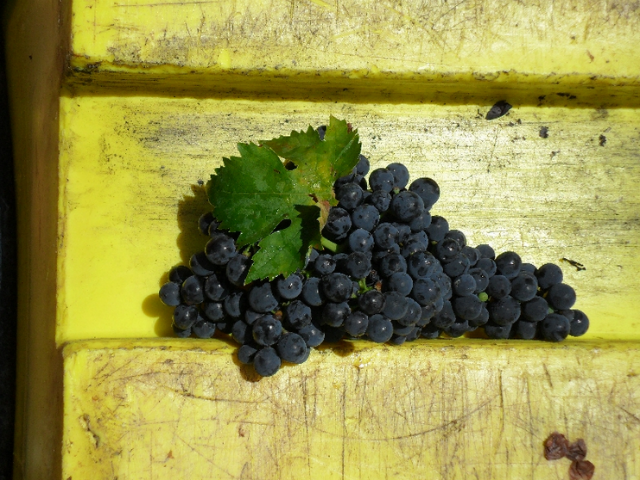 It’s funny that Ed writes about Cristina’s recipe hailing from London’s SW3 4QE because I’m writing these wine pairings from SW1 6NL, just one tube stop way. I think there’s a nice, neighborly dinner party to be had this weekend between this Sunday Pasta and wine pairing!

One of my favorite summertime wine styles that can accompany a broad range of food styles is Cerasuolo. I’ve written about Cerasuolo before with reference to Sicily’s Cerasuolo di Vittoria. There’s also Cerasuolo d’Abruzzo, a rosato from Abruzzo. Both versions are juicy and refreshing wine styles, though Abruzzo’s variation looks like rosato rather than a pale red. The wines are plump with red cherry and raspberry fruits and accented by notes of wild flowers and dried herbs. The Abruzzese wines should definitely be consumed chilled, like any rosato, and the Sicilian version can be quite pleasant slightly cool. Just avoid over-chilling as that will accent the light tannins in the Cerasuolo di Vittoria.

The Sicilian incarnation is a blend of Frappato and Nero d’Avola with at least 40% of the former and no more than 60% of the latter. The Abruzzo version is almost entirely from the local Montepulciano with up to 15% of other non-aromatic black grapes being allowed in the blend.

Whether you choose a rosato or a rosso to enjoy with this dish, the wine will surely please all the palates at your table. While I’m particularly fond of the producers’ wines I’ve listed above, just about any bottling you pick up from the Cerasuolo category of either region should be molto bene!