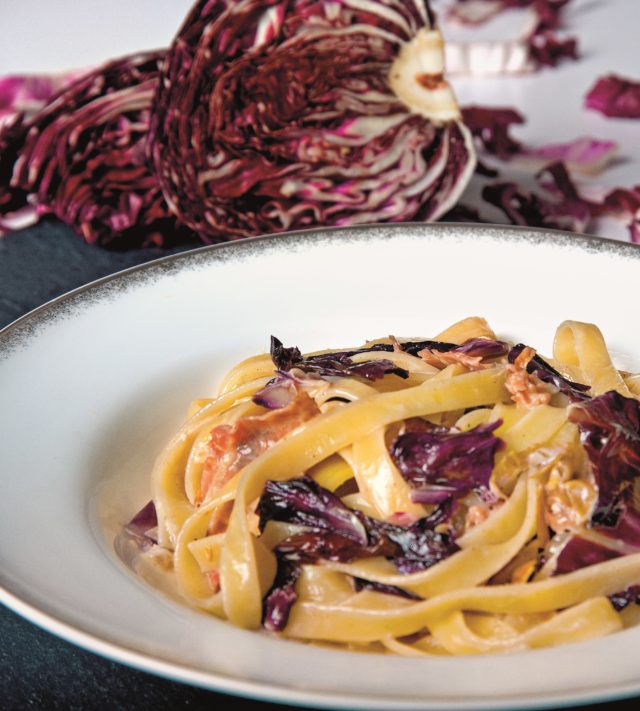 When most people think of Germany, they think Autobahn, engineering, and Oktoberfest. I, however, think immediately of my favorite Teutonic Titwillow, Lili von Shtupp (as played by the immortal Madeline Kahn) in Blazing Saddles. She remains emblazoned on my mind when it comes to all things Germanic. It’s twue. It’s twue…

Which brings me to speck, a favorite ham from Trentino-Alto Adige, the far northern province of Italy. Bordered by Austria and Switzerland, it has bounced back and forth between German, Austrian, and Italian control and culture over the centuries. Today, the area is officially Italian, even though Alto Adige is still called South Tyrol in English and Germanic influences and language are omnipresent. Speck is the region’s version of prosciutto, seasoned differently than its famous Parma counterpart.

Like many bitter foods, radicchio mellows in intensity when cooked, especially with onion. For a more intense flavor, you can skip the cream.  Either way, it’s a perfect dish. Really, it’s twue.

Check out our wine pairings for Tagliatelle con Radicchio e Speck and our About post that gives a brief history behind the dish.