You are here: Home / Archives for Zucchini Blossom 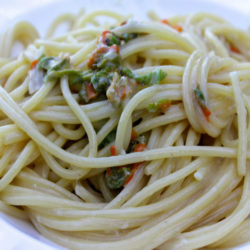 I have a confession to make. I stole it. Her attorney leaked it to me.  Little known fact, but Harper Lee actually had a second unpublished manuscript.  She had two working titles: To Kill a Bowl of Pasta, and Go Set a Pot to Boil.  I renamed it Sunday Pasta. Ahead of her time, Lee wrote about pasta in pre-civil rights Alabama. In this just released masterpiece, Atticus was neither racist nor saint. He merely… [Read More]