You are here: Home / Archives for Ristorante 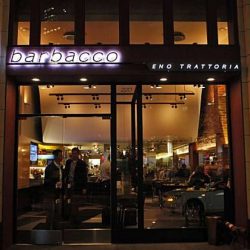 Welcome to Barbacco, a trattoria that was inspired by an idea that began to take shape before we even opened Perbacco, our restaurant next door. In contrast, we wanted to create a casual place with an emphasis on simple, delicious Italian food, drawing inspiration from all the regions of Italy. On one of our trips to Italy, we had lunch at a small trattoria in a town on the Ligurian coast. The place had been there… [Read More] 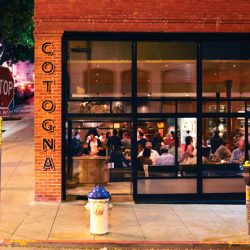 Cotogna is a celebration of rustic Italian cuisine and offers a daily-changing menu of spit-roasted or grilled meats and fish, wood-oven pizzas and house-made pastas. Located in San Francisco’s historic Jackson Square, Cotogna (‘quince’ in Italian) is a casual, lively venue and a complement to the adjoining Quince Restaurant, Chef Michael Tusk’s celebrated fine dining establishment. 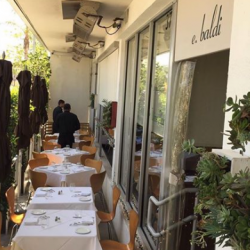 Located in the heart of Beverly Hills, the eponymous restaurant of chef Edoardo “Edo” Baldi specializes in Tuscan food with an accent of Emilia-Romagna. Dining at e. baldi will transport you to the coast of Italy, where ingredients pop, desserts are worth saving room for, and eating with friends and family takes on an almost religious experience. e. baldi opened its doors in 2006 and has grown a dedicated following of patrons who can either… [Read More] 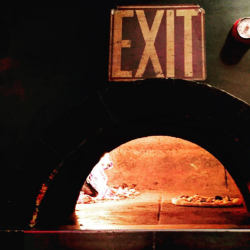 Wood-fired pizza with soul in a converted warehouse in Bushwick

This is a fun place that attracts a trendy crowd. It is upscale but affordable and loungey without being obnoxious. High ceilings, unusual lighting, and a great ambrience with multiple areas for you to enjoy, but only limited outdoor seating. Service was friendly, fast and helpful-excellent customer service!!! The DJ is fantastic, spinning mashups, remixes, and pop hits but not overbearingly loud. So for good food and great service this is the place to visit. 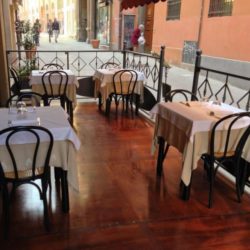 A small and cozy restaurant in the heart of Bologna, a short walk from the Two Towers, the restaurant “The Den” from the 50s is characterized by a typical Bolognese cuisine, appreciated by a loyal citizen customers. In the best tradition ranges from homemade pasta – tagliatelle, lasagne, tortellini and gramigna – the latter, as the Bolognese cutlet and meatballs in tomato sauce, ending with homemade desserts. All accompanied by a fine selection of wines. 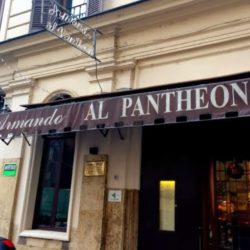 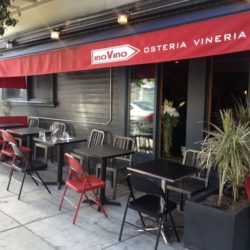 Before opening InoVino in Cole Valley, owner Claudio Villani was the Sommelier at the highly regarded Michelin Star Restaurant Quince in San Francisco and the Wine Director at Perbacco in the Financial District. 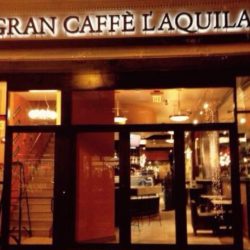 The entire restaurant was designed and built in Italy and shipped over for installation. After 3 years of design and build out the most authentic Italian cafe in America was opened on December 24th 2014. The 1st floor is an authentic Italian bar and the second floor features the restaurant, wine bar, cultural and language school, as well as the coffee and gelato labs. 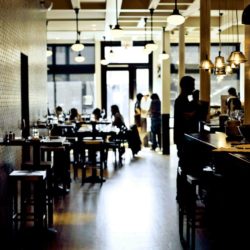 “In 1998, Craig Stoll and his soon-to-be wife, Annie, opened Delfina, whose Tuscan-influenced dishes established a new benchmark for Italian food in San Francisco, and a new center of gravity for the cuisine, in the city’s Mission district. In 2005, the Stolls opened a pizzeria next door, and in 2008, a second in Pacific Heights. In April, the couple added another Mission-based element to their empire: Locanda, an osteria that channels the culinary traditions of… [Read More]