You are here: Home / Archives for Almonds 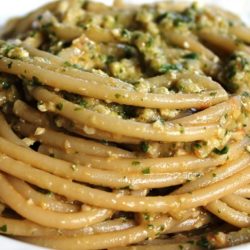 Christopher Columbus deserves a statue merely for being from Genoa, the land of spaghetti al pesto. Where would I be without pesto? And just where would we be without Columbus himself? (Hmm, not here…) Aside from the obvious, those intrepid explorers of yore discovered some of our favorite foods. With what is now known as the Columbian Exchange (named for Columbus), their culinary discoveries brought tomatoes, potatoes, corn, and peppers to Europe. But the explorers… [Read More] 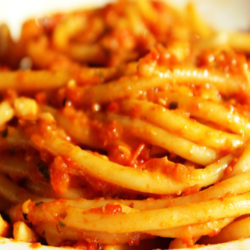 It’s time for the annual U.S. Open Golf Tournament again, when millions of white guys are glued to their televisions, and thousands of white guys line the fairways, to watch a few dozen white guys chase around an even smaller number of little white balls. Clearly, no one should over-think any of this. Golf was invented in Scotland, some 500 years ago, when there was nothing to do. Ironically, what is so appealing about it… [Read More]