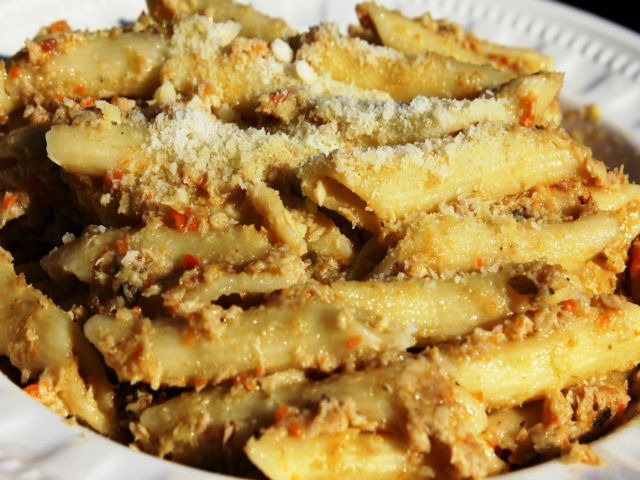 ¡Que cojones! Let’s face it. Anthony Weiner has got something that Christine Quinn wants. And I don’t mean his last name, which is a curse of double entendre. And I’m not talking about a fabulous wife, a bevy of interns, or savvy social media skills.  She’s already got those in spades. And I don’t mean a new stylist, which they both need in a bad way. But in the carnival that is NYC mayoral politics, Weiner wins the prize for chutzpah. He’s got nerve. And therefore, he has what Quinn surely wants – the first and only political endorsement from Sunday Pasta. Go Weiner, go! No, I don’t really want the lunatic to win (or her either, for that matter). I just can’t get enough of The Post’s awesome Weiner headlines. And now that Rich Caccappolo and the The Daily Mail are taking on New York, hopefully we’ll get even bigger and more biting Weiner jokes, with a British twist.

Speaking of chicken hunters, today’s pasta hails from Emilia-Romagna, and is a take on a traditional Bolognese sauce. So unusual, it shocks and surprises even more than NYC politics. Trust me, it’s scandalous, but in a good way!