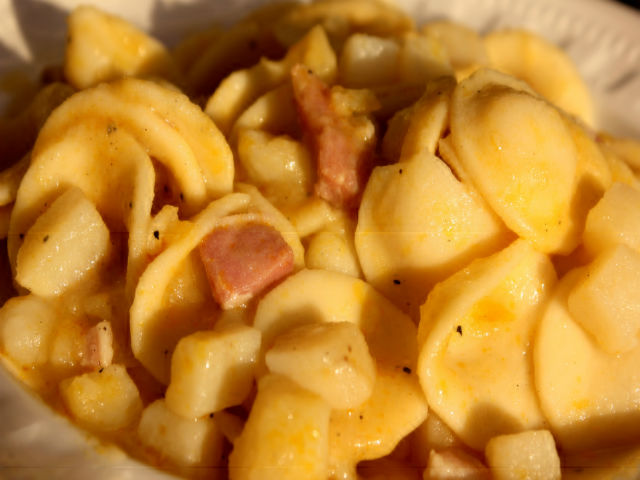 The potato is a most powerful plant. It can nourish. It can fatten.  It has the power to create and satisfy cravings. It is delicious in so many preparations: fried, baked, roasted, mashed, diced, sliced, grated, whole or chips. I could go on. (But especially fried…)

This New World vegetable wasn’t even seen in Europe before the 16th century, and wasn’t widely eaten until 18th. And then the potato plague came, arriving in Ireland in 1845. Ironically the plague came from whence the potato came — the New World. The plague wiped out years of the crop, thereby causing The Great Potato Famine that sent 1 million Irishmen looking for a new life, ironically again, in the New World. Little could they foresee their good fortune: there they would meet Italian immigrants!

So the potato, and a shared Catholicism, brought these two peoples together, creating a new  breed: the Italian-Irish-American hybrid. Yes, some noses got thinner noses and some hair got blonder. And yes, some people learned to cook! (I’m just saying.)

Today’s pasta with potato plays homage to this all-American combo, proving yet again the power of the potato.