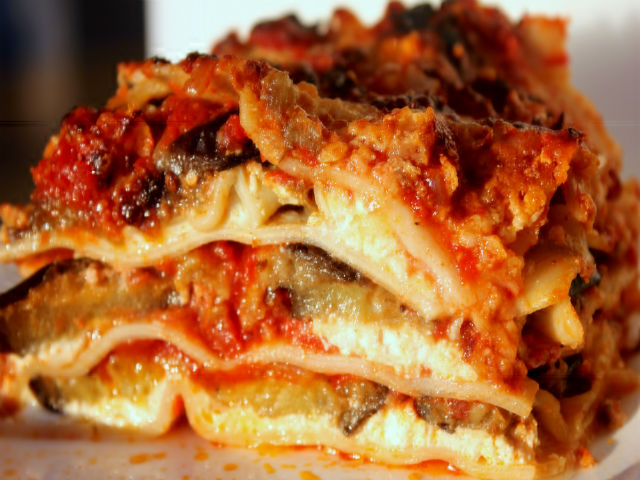 Spaghetti no. Eggplant yes. But neither by Marco Polo. I give credit where credit it due, and the Chinese don’t get credit for spaghetti. I’ll give them kudos for the eggplant, however, which has been cultivated in southern and eastern Asia since prehistory. That’s a long time. The first written record of the plant from 544 is in Chinese. Its various names suggest that it was probably introduced throughout the Mediterranean by the Arabs in the early Middle Ages.

I like the name in Spanish – berenjena, and French – aubergine, and Portuguese – beringela. The English (American) name derives from European cultivars that were yellow or white and resembled goose eggs (i.e., eggplant). But I particularly, and not surprisingly, like the word in Italian, melanzana (especially when following the words Parmigiana di.)

Many recipes advise “de-gorging” (or salting, rinsing and draining) eggplant prior to cooking, mainly to remove the bitterness, but also to reduce the amount of oil absorbed.

So thank the Chinese and the Arabs (and the Italians) for this one. Or just take all the credit yourself. Delicious.