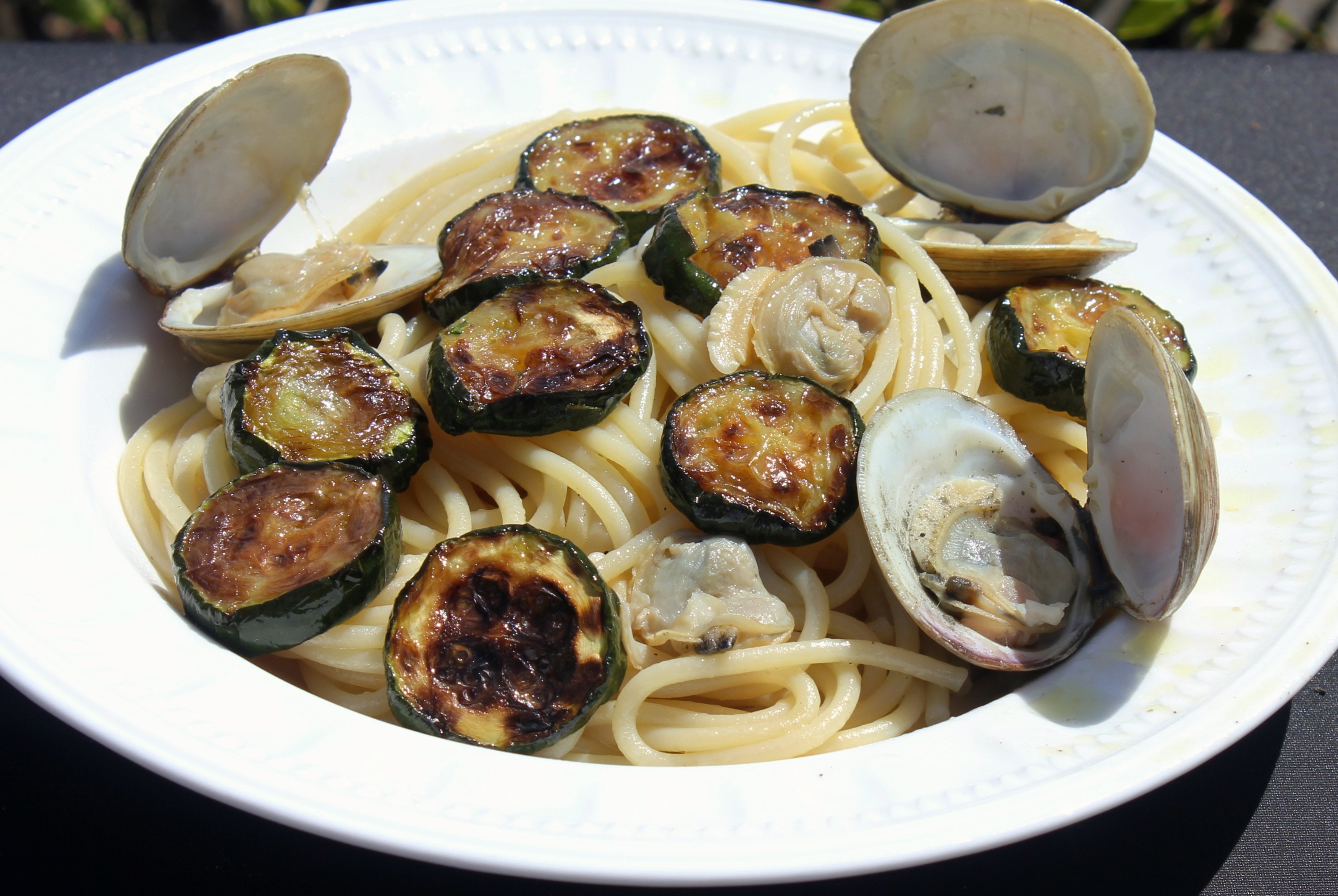 This delicious bowl of wisdom is for the Episcopal Academy class of 2018. You may ask what lessons can be learned from a dish of pasta?  Well, hear me out.

First, contrary to what you have learned, clams do not grow on trees. No, they live happily under the sea. They give up their lives for us. Respect and protect their habitat, especiallly if you want your grandkids to eat their grandkids.

Second, zucchini is a summer vegetable. Thus, if you are eating it in January, it was probably picked six weeks earlier and then shipped a long way. It has less flavor and has the carbon footprint of a lawn mower.  Eat seasonally and locally; it’s better for you and better for the environment.

Third, spaghetti was not invented by the Chinese and imported by Marco Polo.  (Pasta came from the Arabs via Sicily.) Fake News is not a new phenomenon.   If you do your homework, you will win, and fake news will lose.

Finally, enjoy this delicious bowl of wisdom with a glass of wine.  If you can vote, you can handle a glass of the world’s oldest beverage (parental guidance suggested).  But note: Although Italians are famous for enjoying their wine, they have the lowest alcohol consumption rate per capita in Europe. Consume wine in moderation or it will consume you!

With that, as my grandfather Filippo often said, “studiare sempre;” Always study. And as Spock said, “Live long and prosper,” which will be easier if you follow the above advice.

Sebastian, we are all so proud of you! Congrats on a job well done! Go ‘Gate!

Click here for Wine Pairings to compliment this dish!