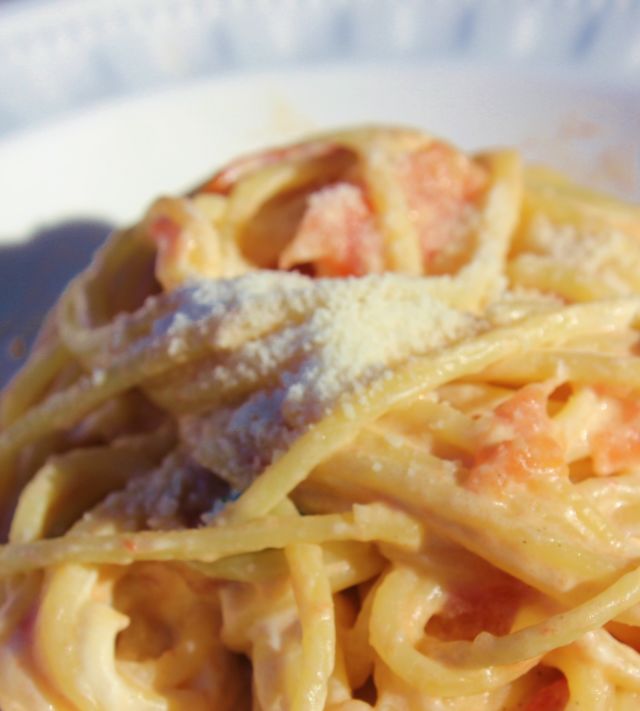 “When I was a boy of 14, my father was so ignorant I could hardly stand to have the old man around. But when I got to be 21, I was astonished at how much the old man had learned in seven years.”

Continuing with the Jersey Tomato series…

Ah, wisdom. It’s taken me a few  years, but I finally get New Jersey. That’s right, The Garden State, just west of New York City and just east of Philadelphia. It  gets a bum rap. Sure, taxes are high and the roads are clogged, but it is also among the most educated states and has some of the richest zip codes in the nation. It has beautiful beaches (when the Governor isn’t splayed out on them) and great golf courses (when the President  is splayed out on them). Add to this, a world class university fit for Einstein, farms, horses, and plenty Fortune 500’s.  And, as a bonus, it has the country’s largest percentage of Italian-Americans, who still churn out some of the country’s best food.

My father  was right; New Jersey is all right.

Enjoy the pasta with Jersey Tomatoes if you can get ’em.