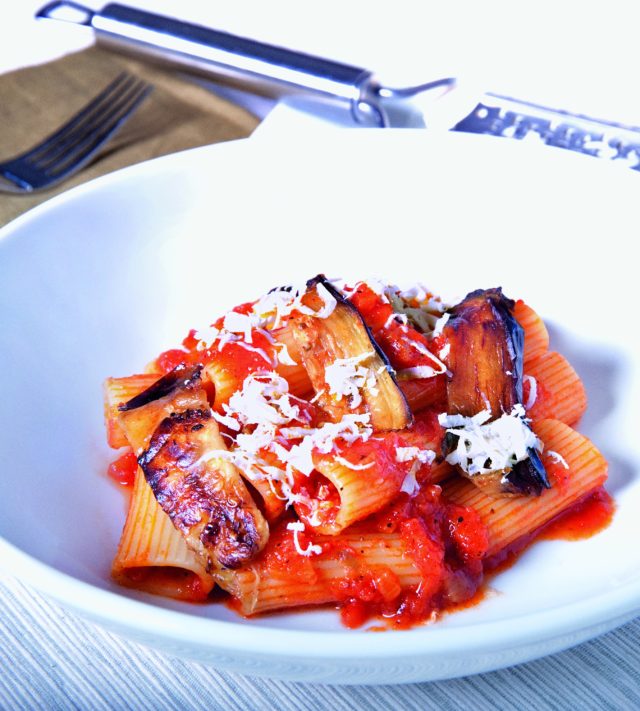 So dark, so bitter, so misunderstood. So Sicilian. Ok, enough about me. Let’s talk about eggplant which, like me, is an acquired taste.

As I watch my children gag over eggplant, I recall my own such repulsion as a child. Why and when eggplant became delicious to me is somewhat of a blur, but if I recall, the moment involved both rigatoni and olive oil. Although she didn’t call it Norma, my grandmother regularly whipped up this Sicilian classic. In retrospect, it tied well into my grandfather’s passion for opera, as the dish is probably named after Vincenzo Bellini’s opera “Norma”. (It was supposedly named so by the Sicilian writer Nino Martoglio, who was so impressed by the dish that he compared it to the opera.)

Call it pasta alla melanzana if you prefer, and use penne or spaghetti if you please. With one taste, you will understand that this dish is neither dark nor bitter at all (like me, generally).

Check out our wine pairings to accompany Rigatoni alla Norma and our About post that gives a brief history behind the dish.