You are here: Home / Archives for Restaurants / Regions / United States 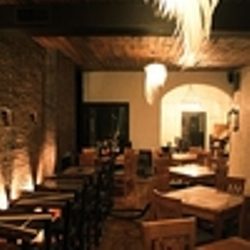 Superb little gem of a restaurant in the East Village.  The decor is very contemporary but has a rustic twist at the same time. Plus it  has a small outdoor courtyard. The walters were extremely nice and speak perfect Italian. The menu has lots to choose from and they also have a large selctions of wines. 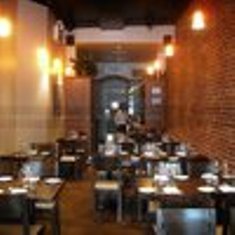 Tiella brings the tastes of authentic Italian cuisine to the Upper East Side! The dishes are created with only the most selective ingredients to prepare a range of delights from the mot traditional Italian antipasti to the richest desserts.   Serving an inspiring menu of peasant culinary traditions in an elegant and relaxing ambiance with an Italian decor, only adds to an unforgettable experience 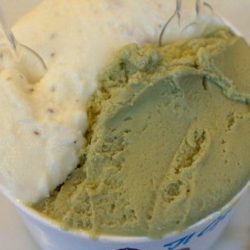 Macy’s flagship Herald Square store has gone through a huge makeover! The former storage space on the 6th floor has been transformed from the dark wooden interior  – to an all-white wing that is airy and well-lit. Caricatures of famous Macy’s designeres and culinary consultants hang along one wall. So the next time you are visiting Macy’s, stop by the 6th floor and visit this Gelato Kiosk. You won’t be disappointed! 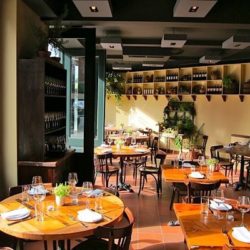 Raffaele Ronco has had a lifelong passion for food. With his family in the restaurant business, food and cooking was not only an integral part of his Italian culture, it is in his blood. A few years ago Raffaele Ronco and Romeo Palisano, old friends,  opened their own restaruant that would feature their beloved Naples cusine. Working together, perfecting each detail – they created Ristorante Rafele At Rafele Ristorante, Romeo and Rafffaele believe in  ”… [Read More] 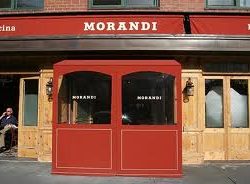 Great atmosphere, fantastic outdoor seating, lively young crowd and lots of personality plus the rustic Chianti-bottled line space has a happy hum. Once again Keith McNally has set a stage where the play is about eating and the actors are the diners.

Ever hear of strisce? What is strisce? According to Ciccio’s Florence-bornchef-parter Giacomo Romano, the word means “stripes”, and if you’ve never heard it applied to the world of pasta, its because Ramano made that part up. Romano’s strisce are flat and ribbon-y and irregularly cut. Unravel one on the plate, and it looks like a sizzling strip of bacon. That dish is just one of the charms on display in the former antiques-shop space that… [Read More] 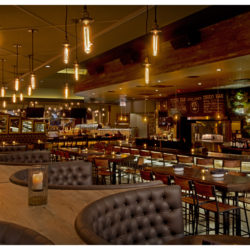 Siena Tavern is one of River North’s newest hot spots. The space is beautiful and large with big windows, yet feels comfortable and laid back. Friendly service and a VERY large menu  – from home made pastas to Neapolitan pizzas baked in a Woodstone oven.  A must try the next time you are in Chicago. 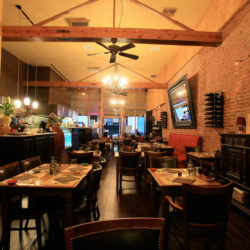 Operacaffe is located in the heart of the historic San Diego Gas-lamp Quarters and within walking distance to the San Diego Convention Center. The restaurant has a reputation for excellent cusine, top notch service, plus quality and freshness of ingredients  So whether you are a seasoned food lover, a curious beginner or somewhere in between, this is the place to visit. 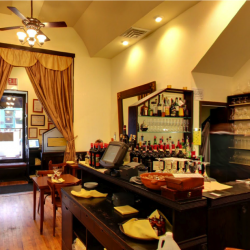 If you ask the chef-owner, Riccardo Michi, to name his favorite dishes at Riccardo Trattoria he answers without hesitation , “The fish stew viareggina, from my mothers’s recipe”.  At an early age Riccardo started his career in Milan’s  family owned “Girarrosto”.  In 1982 he moved to the United States and opened several successful and famous restaurants He decided to continue his artistry and creativity in a restaurant named after himself,  Riccardo Trattoria, with his wife Veronica (and… [Read More] 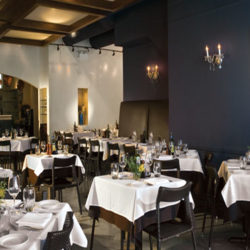