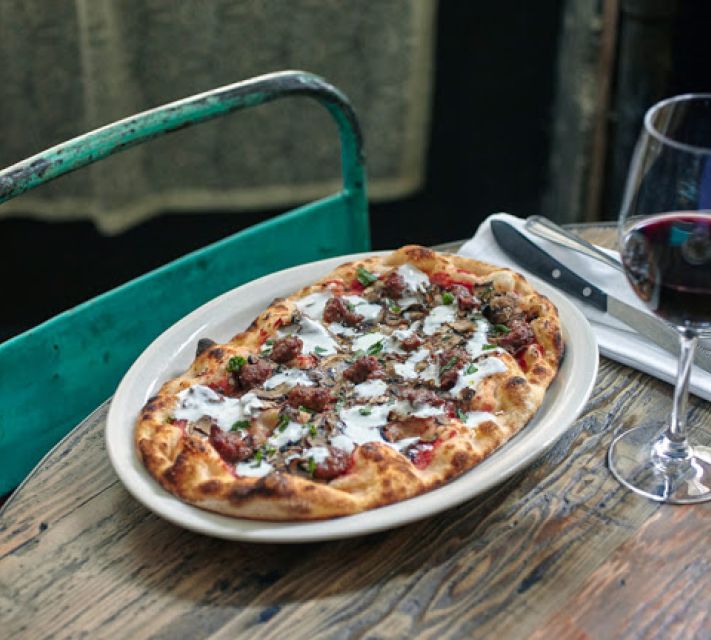 Montesacro is the name of a neighborhood of Rome, a hardscrabble working class quarter, like many others affected by the aftermath of the Second World War. Our goal is to pay an homage to those days and to the people who lived throughout that tumultuous time.

We take inspiration from the classic “fraschette” of the Lazio region and offer “pinsa”, a modern take on the ancient flatbread once prepared by peasants living outside the imperial walls of the Roman Empire.