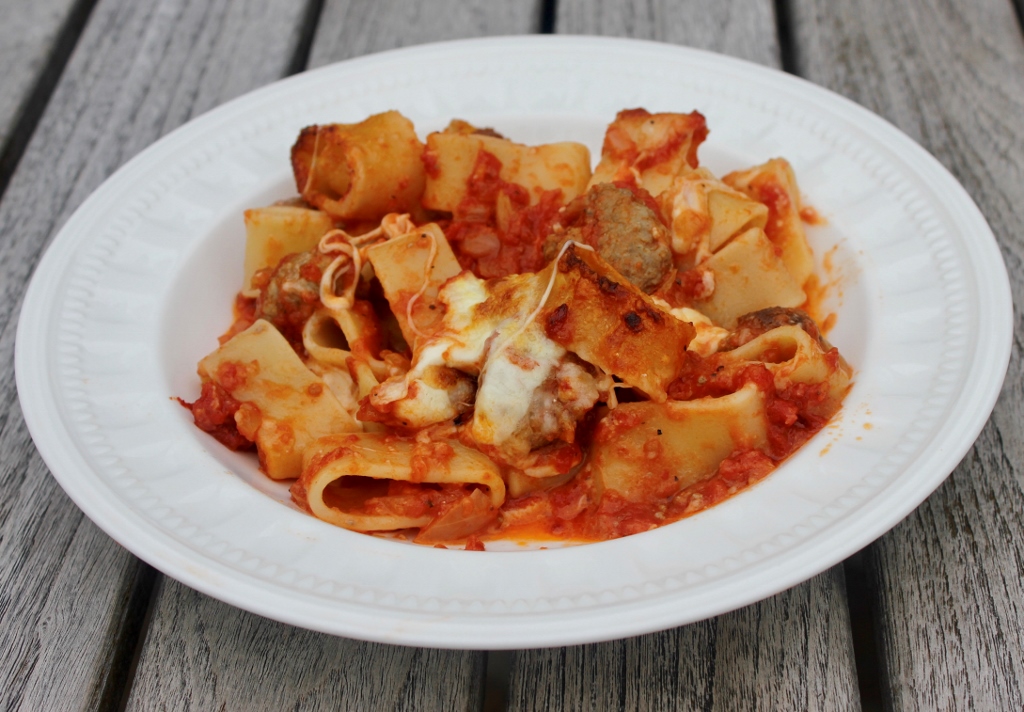 And they called it Maccheroni! Don’t get me started, but the word macaroni is the English spelling of the Italian word maccheroni.  In America, macaroni is synonymous with elbow shaped pasta, which are called gomiti in Italian (and are usually covered with fake cheese sauce in America). In Italy, maccheroni is a catch-all term, and generally covers all flat-ended tubular short pasta shapes (like ziti and even rigatoni).

The Italian term is thought to derive from the ancient Greek term “macaria.”  However, since making pasta used to be hard work (grinding wheat), it is also thought that the word may derive from the Italian word maccare, meaning to pound or crush. And yes, the British later used the term in the Yankee Doodle song as derogatory, to mean an over-dressed fop or dandy (though I bet Yankee Doodle was just a well-dressed Italian and they were jealous)!