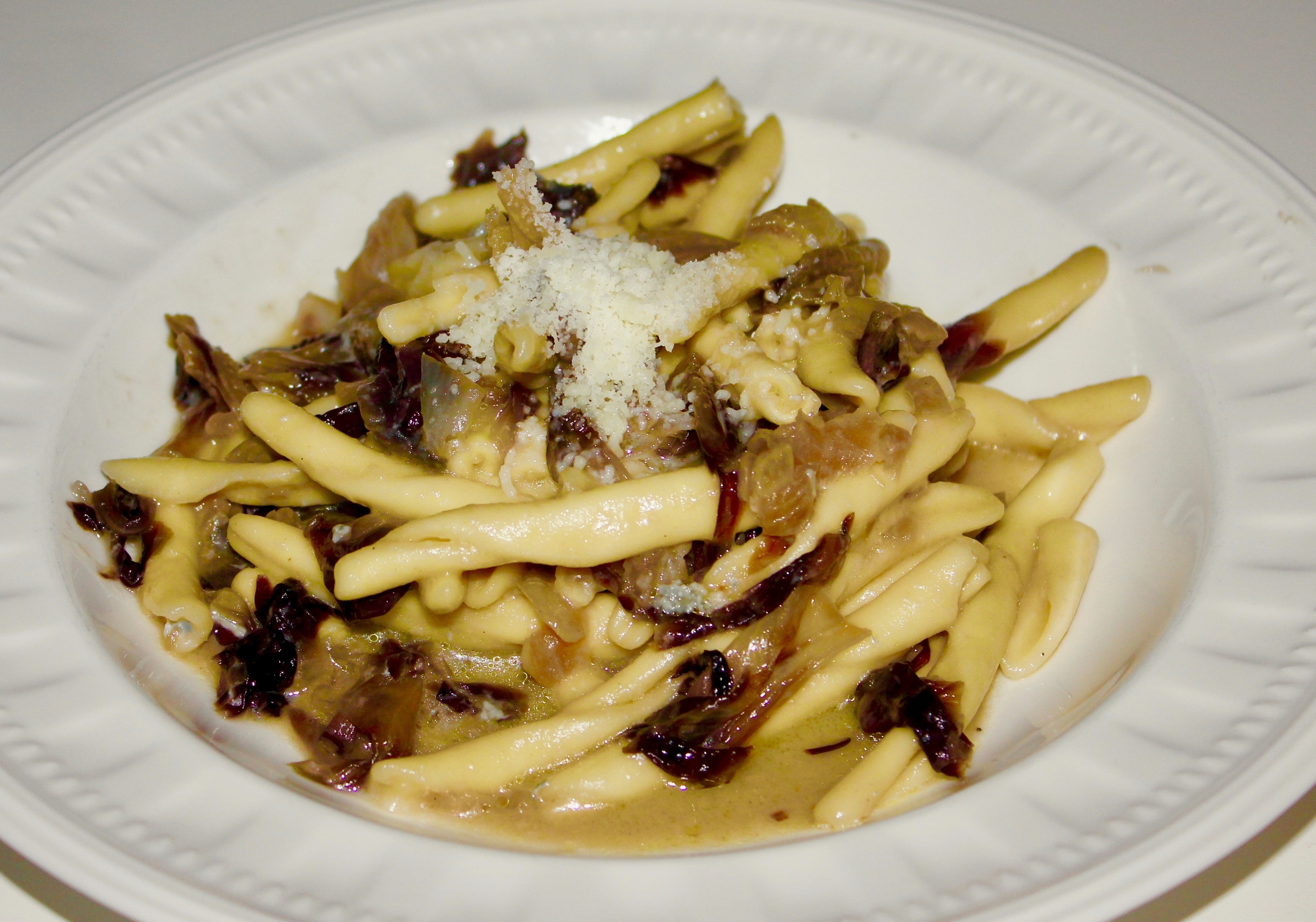 “Don’t just stand there hating me! Shout at me, strike me! But don’t  hate me…”

This is what Norma Desmond said to Joe Gillis when he was at the end of his rope in Sunset Boulevard.  But it’s also what you’ll be saying to your guests after they taste this week’s Sunday Pasta and then stare at you in disbelief.   It’s that good. They’ll love you. They’ll eat every bite of it and ask for seconds. And then they’ll hate you, enraged by your star-like culinary prowess.

Once they realize that the recipe is mine, however, they’ll forgive you. (The recipe is actually my take on a  popular combination in Northern Italy, where both radicchio (Veneto) and gorgonzola (Piemonte) call home.) It’s the perfect dish for the end of winter. It’s ready for its close up.

And remember, it’s the pasta that got small.

Click here for Wine Pairings to compliment this dish!