You are here: Home / Uncategorized / A semester in Bologna 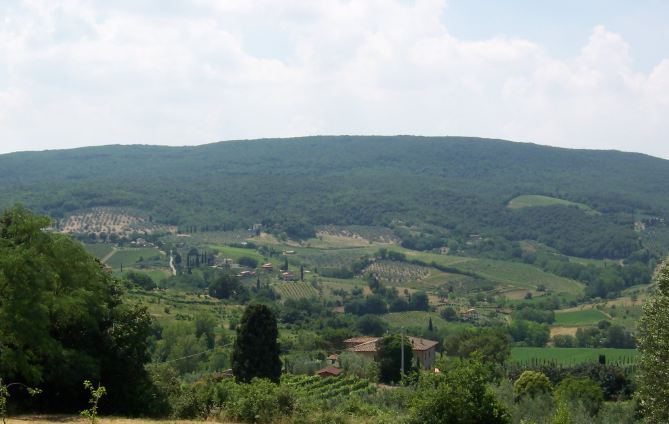 The moment I got off the plane, I felt unalterably foreign. Chic Italians in sunglasses and designer jeans jabbering away on their cell phones assured me that I most certainly wasn’t in Minnesota any more. Disheveled, disoriented, and tired, I luckily found the driver assigned to take me to my apartment on the northwest corner of the old city of Bologna. My roommates were immediately friendly and hospitable, offering me pasta they had just made for lunch and chatting easily in Italian while I struggled to remember the grammar and vocabulary I had learned several months earlier.

However, I soon acclimated to my new surroundings and came to love exploring the city. I loved that a Prada store could exist side by side with a shabby pizza stand, that the stores and restaurants were closed from two to five every day and all Thursdays to give everyone a break from the work week. I loved the fat tortelloni in the windows of the magazzini, the grocery stores where you could buy excellent lambrusco from Emiglia-Romagna for three euros. I loved the hundreds of little caffés that served dark, strong, espresso for a euro. I loved the Italians themselves, the women walking all over town in their impossibly high heels and seemingly effortless sense of style, the men on their vespas, honking and yelling at minor traffic violations, admiring the girls as they walked by. But most of all, I loved how the Italians knew how to appreciate life and the best parts about it. School, of course was important, but what I really learned from my semester in Bologna was how to savor the best things life has to offer – family, beauty, good food and wine, and the art of enjoyment.

Of course, what the Bolognese do best is food. Emiglia-Romana is known for its fertile farmlands, and is the home of balsamic vinegar, Prosciutto di Parma, Parmiggiano Reggiano, and tortelloni. Bologna itself is known as la grassa, or “the fat” because of its famous obsession with food. On every street were shops selling handmade tortelloni, artisan cheese and cured meat, and vegetables and fruit of every kind. I was lucky enough to take a cooking class during my time there which taught me much about some of the regional specialties like Tagliatelle alla Bolognese and veal wrapped in prosciutto. My favorite place in the city became the tiny street off the Piazza Maggiore where all of the food vendors sold their wares. I was continually amazed the quality and inexpensiveness of the produce, pasta, and cheese, things that are often pricy in the U.S. My favorite gelateria, Il Sogno di Walter, just off of the Via dell’Indipendenza, offered ever-changing flavors like nocciola, fragola, and mascarpone. For lunch, we would often get 1 Euro slices of pizza from Pizzeria Due Torri, right next to the Two Towers in the center of town. My other favorite lunch was a piadino, a sandwich made with flatbread usually containing meat and cheese or vegetables.

In addition to the excellent cuisine, Bologna also has many historical and cultural offerings. The massive university is the oldest in Europe, and the second oldest in the world. The city also boasts many churches and museums with works of art by many Italian masters. The streets themselves haven’t changed much since the 16th century, many still bordered by covered archways. Perhaps because of the large student population, there are many restaurants, bars, and markets going on every day of the week. Additionally, its compact layout makes it easy to discover on foot.
In contrast to my life in the U.S., where Sunday signified the dreaded end of the weekend and the inevitable trek to the library to finish all the homework I had neglected, in Bologna, Sunday was a day of rest. We would usually fare un giro to the Piazza Maggiore for an espresso and perhaps a gelato, and watch all of the citizens of Bologna in their Sunday finery. That was the day that all types of Italians would come out to play –- the entertainers playing music and asking for money, the families walking with their small children, the students sitting at outside caffés or on the cobblestones. My own Sundays varied. Sometimes all of the students would make our own Sunday dinner in someone’s kitchen, always loud and accompanied by a few bottles of wine, sometimes we would walk around the city until our feet hurt, and sometimes I would stay in the Piazza as it gradually emptied of its inhabitants, perhaps reading, watching everyone, and learning the beautiful art of doing nothing.

Maren Ellingboe is a recent graduate of Wesleyan University and hails from St. Paul, Minnesota. She spent the fall of 2008 in Bologna, Italy and came to love Italian food, wine, and culture. She enjoys cooking, writing, eating, and travel, and now lives in New York City.