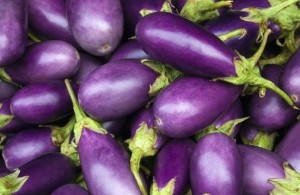 Rigatoni alla Norma is the epitome of Sicilian cooking for many. The rich colors, interesting mix of flavors, and, of course, the eggplant make this dish from Catania, an eastern city in Sicily, a favorite dish for locals, visitors, and of course vegetarians.

The plate has two rumored origins for its name. Both begin with the composer Vincenzo Bellini’s opera “Norma.” Some say that Italian writer Nino Martoglio was so enthralled by the dish, he likened it to the feelings he experienced during the opera. Others believe the term norma became a superlative during this period because the opera was so popular. Either way this dish incorporates eggplant, which after being brought over by the Arab settlers, became a favorite spongy meat substitute in Sicily.

Today, the flattering name seems to be fitting of the reputation surrounding this eclectic pasta and vegetable recipe.

Check out our Rigatoni alla Norma recipe and our wine pairings to compliment this dish.