You are here: Home / Italian Food Guide / Food / About Lasagna 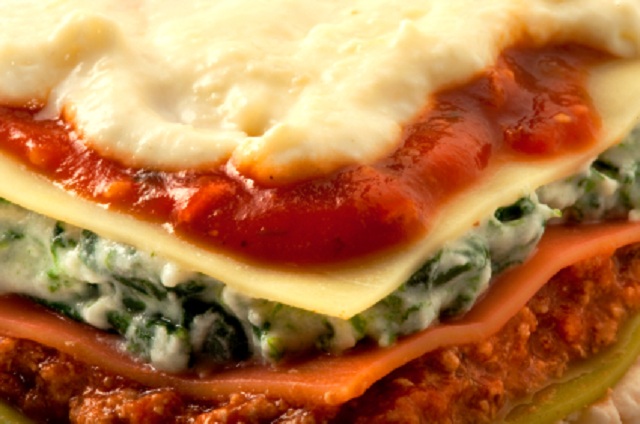 Lasagna is ancient (quite literally) and the dish is just as rich as its history. Lasagna is an age-old recipe that has two known origins. Some say the name comes from the Latin word “laganon” meaning thin strips of bread or wheat. Others say the name actually refers to “lasanon” which has dual meanings—one, for a cooking pot or two, a type of chamber pot. This name eventually was used to refer to the layered dish. Because it became such a quick classic, many thought this was an English recipe after it appeared in an early English cookbook, but it has been said to be traced back to Italy. In a true lasagna made in an authentic cucina, the ricotta, mozzarella, or parmesan would be fresh, and there would be plenty of sauce and meat.  The emphasis on ingredients is historical to each region so many would not disagree about the different versions there are throughout the boot.

p.s. Check out our recipe for Lasagna algi Spinaci and our wine pairings to compliment the dish.

p.p.s. Check out our recipe for Lasagna ai Funghi e Tartufi and our wine pairings to match.