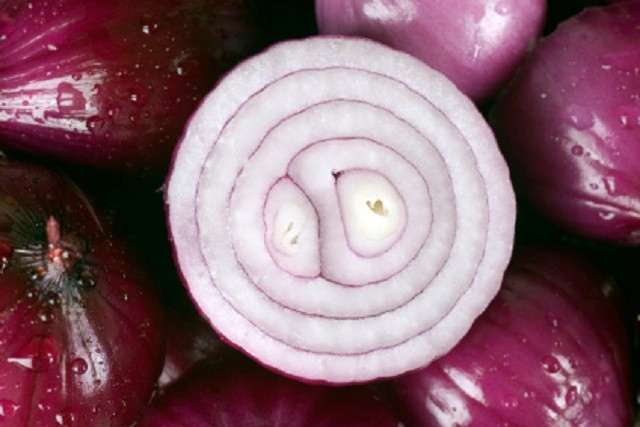 Onions, although a pungent taste on their own they truly “hold their own” in adding significant flavor to many, many recipes.  For Italians it is a basic.  In Italy, they make food simple with quality; sometimes in America many ingredients added to a “simple recipe” make it less desirable.  We Americans can really enjoy our quantities but quality will always win in the end when it comes to food.  Sticking with the basics has something to be said for it.  And the Italians know this.

The onion has been around for quite a while and is thought to have originated in Asia.  Our ancient ancestors realized, “Hey, this veggie doesn’t spoil during the winter.  It’s a keeper.”  When the onion was introduced to Egypt the Egyptians believed its spherical shape and concentric rings were a true symbol of eternity.

So, the onion became popular and was somehow carried to ancient Greece, where it is said that athletes consumed large quantities of onion because it and I quote, “lightened the balance of the blood.”  I don’t know about that but I do know that when Rome conquered Greece, it was then that the onion found its place as a staple in the Roman diet. The Roman take on onions—Make the gladiators rub down with onion juice to firm up the muscles.  To each their own…I giggle at the thought of their opponents running away from them because they smelled like onions or maybe it was the onions potency that made their eyes tear up and lose focus of the fight at hand.  I am having fun, but it was also the genius of the Romans to use the onion simply in their cooking and that is when the real battle was won.

Check out our recipe for Rigatoni con Cipolle and the wine pairings to compliment the dish.