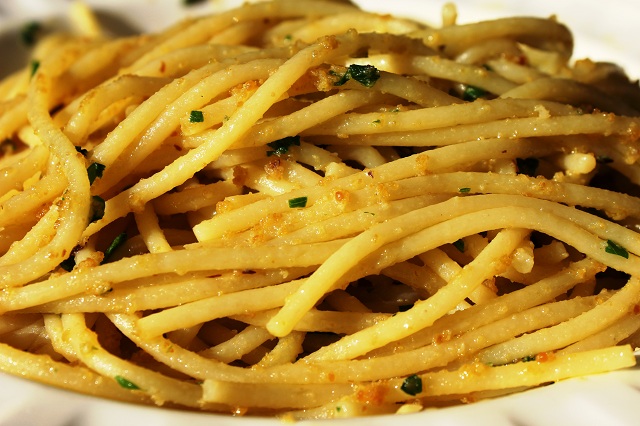 If your idea of intellectual stimulation is watching a Britney Spears interview, then read no further. If however, you are interested in the happy confluence that is my favorite book, Italian restaurant in NYC, and pasta dish, then you’ve come to the right place. Coincidence or la forza del destino? You decide. Il Gattopardo, one of the best Italians in NYC,  is the namesake for my favorite book, Il Gattopardo (The Leopard) written by Giuseppe Tomasi di Lampedusa, (NYT review) published in 1958, a year after his death. It was his only novel and was rejected by many publishers while he was alive.  (Luchino Visconti made the movie in 1963, but I don’t think it does the book justice, at least not the American edit.)

It’s the story of the Prince of Salina, during the waning days of Sicilian aristocracy, when Sicily was  part of the Kingdom of Two Sicilies and controlled by the Bourbons. It’s not the lightest read – dense musings about love, life, war, politics, family, religion, and death, all cleverly masking the simple story of a man and his dog.  If you can get past the first 25 pages, you won’t put it down.

The restaurant bases its menu on the area of Italy that is the former Kingdom of Two Sicilies (Sicily and the lower third of the peninsula). Chef Vito Gnazzo, from Salerno, oversees the kitchen from which he makes my favorite spaghetti con bottarga di muggine (the cured roe pouch of gray mullet).  I love it! And the book and the restaurant. (And OK, I admit it, once in a while a little Britney ain’t so bad.)

Bring a large pot of water to boil and add 2 tablespoon sea salt. In a large skillet, heat the olive oil, add the red peppers and garlic. Cook over low heat until just fragrant, about 2 minutes, and remove from heat.

Cook the spaghetti until just al dente. Drain it and pour into the oil mixture. Add the parsley. Toss to mix well over medium heat. Add the grated bottarga; toss until it is well incorporated.

Grated and dried bottarga (in a jar) can be substituted if fresh is not available. Tuna bottarga can also be used.