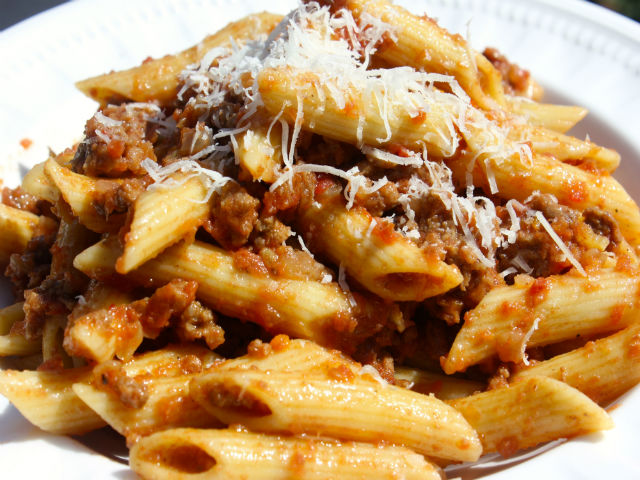 What a drag, man. What a drag. I use this expression a lot, as if I’m living in 1973. This week, I got stuck on a winding road behind a slow-moving Prius driver talking on a cell phone. “What a drag,” I thought.  And then a day later, I was almost hit by some biker speeding the wrong way down Hudson Street. What a drag.  And then yesterday I got elbowed by an aggressive blonde wearing yoga pants vying for the check out line at Whole Foods. What a drag. Oblivious people are such a drag.

Yes, life is full of drags. But sometimes the drags can be good. For example, take this week’s penne strasciacate. Typical of Florence, the pasta is cooked very al dente in the normal boiling water and then is “dragged” (from strasciacare) through the sauce where it finishes cooking and absorbs more of the sauce’s flavors.

Check out our wine pairings to compliment this dish.